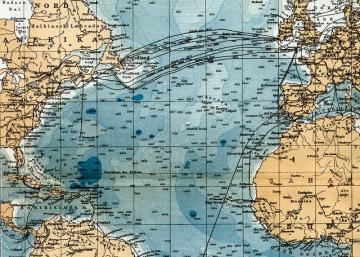 Delivering the 2018 Sir John Elliott Lecture in Atlantic History at 4pm on Tuesday 6 February, in 'The Atlantic in the Interior' Emma Rothschild will explore how a small town in the middle of France was affected in the eighteenth century by distant and Atlantic events - and in particular by influences from Spain and the Spanish Atlantic.

Emma Rothschild is Jeremy and Jane Knowles Professor of History at Harvard University. She works on the eighteenth and nineteenth centuries, particularly economic history and the history of economic thought, and is Director of the Harvard's Joint Center for History and Economics. Her recent publications include ‘Isolation and Economic Life in Eighteenth-Century France’ (American Historical Review, Oct. 2014), ‘The Archives of Universal History’ (Journal of World History, Sept. 2008), ‘A Horrible Tragedy in the French Atlantic’ (Past and Present, Aug. 2006), Economic Sentiments: Adam Smith, Condorcet and the Enlightenment (Harvard UP, 2001), and The Inner Life of Empires: An Eighteenth-Century History (Princeton UP, 2011).

The annual Sir John Elliott Lecture in Atlantic History was launched at the RAI in May 2013 to honour Sir John Elliott's extraordinary contribution to the history of the Atlantic, the Americas, and Europe.