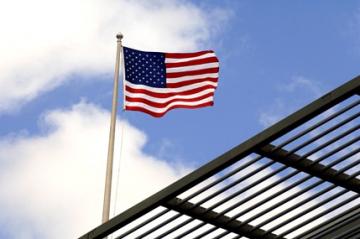 Former US Congressmen Victor Fazio (D-California) and Randy Neugebauer (R-Texas) will visit the RAI on Thursday 9 March for Congress to Campus. Each year, the event brings two former members of Congress to the Institute to discuss American politics and government with local school and university students. It is organised with the US Association of Former Members of Congress and the Eccles Centre for American Studies at the British Library.

Victor Fazio represented California's 3rd congressional district between 1979 and 1993 and the state's 4th congressional district between 1993 and 1999 as a member of the Democratic Party. The central and northern California districts included agriculural and mountainous areas as well as the suburbs of Sacramento, the state's capital. Between 1995 and 1999, during President Clinton's administration, Fazio was Chair of the House Democratic Caucus, and for 18 years he was a ranking member of the House Appropriations Committee. A committed environmentalist, his efforts led to the creation in 1997 of the Vic Fazio Yolo Wildlife Area in central California, an important refuge for waterfowl and migratory birds.

Randy Neugebauer was Member of Congress for Texas's 19th congressional district between 2003 and 2017, a district encompassing a largely rural swath of west Texas and the cities of Abilene and Lubbock. A Republican, Neugebauer is considered to have been among the most conservative members of the House of Representatives. During his time in Congress, Neugebauer served on the US House committees on Agriculture, Financial Services, and Science, Space and Technology. He sponsored legislation on insurance and meteorology.