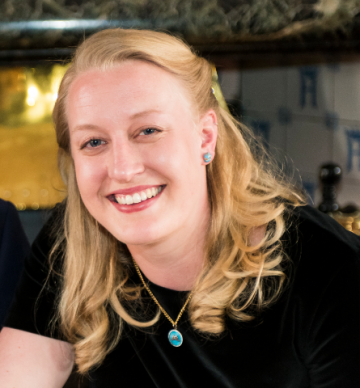 The RAI congratulates Dr Kathryn Olivarius on her appointment as Assistant Professor in Nineteenth-Century U.S. History at Stanford University, beginning in September 2017.

At Stanford, she will teach classes on the Age of Revolutions, the Rise and Fall of Atlantic Slavery, Slavery in the Old South, and wider Nineteenth-Century U.S. History. She will also revise her doctoral dissertation for publication, as a social history of yellow fever, mass death, and immunity in the antebellum Deep South and Greater Caribbean. In this study, her particular focus is on "immunocapital": how Deep Southerners and those living within the "yellow fever zone" leveraged their real or perceived "acclimation" to yellow fever for economic, social, and political gain, and how ideas about immunity bolstered systems of violent racial slavery. Her next projects address boosterism, banking, and special interests in the nineteenth-century American West, and a wide-ranging study on American slave revolts.