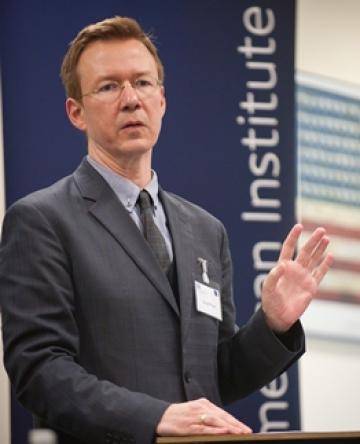 After studying at Louisiana and Temple Universities, Dr Pratt gained his PhD from Brown University. Alongside numerous chapters, journal articles, and reviews, he has published Archives of American Time: Literature and Modernity in the Nineteenth Century (Philadelphia 2010; paperback 2016) and The Strangers Book: The Human of African American Literature (Philadelphia, 2016). His current book projects are a study of reading in Emerson's America, a series of essays on locality in the American South, and a popular historical account of an early twentieth-century woman reader in the American South.

"It is a great honour to take up this position, especially at such a crucial moment in the history of American literature, culture and criticism," he said. "Over the past decade we have seen an Americanist literary critical revival. As the impact of American writing at home and abroad has deepened and expanded, scholars of American literature have rebuilt their field by speaking to a wider US audience without sacrificing intellectual integrity. It is a moment of great potential, and I look forward to continuing Oxford’s longstanding commitment to the field."