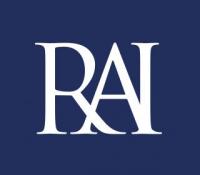 The holder of the Orsborn Professorship will teach American politics and history to undergraduates, supervise postgraduate studies, and publish world-class research on the politics and political history of the United States. The post is named in honour of Edward Orsborn, a distinguished and much-loved headteacher and writer who received an OBE for services to education in 1974.

Applicants should visit the University of Oxford's recruitment website here.

The endowment of the Orsborn Professorship has been made possible by gifts of exceptional generosity from an anonymous benefactor who studied American politics as part of the undergraduate PPE course, from the Rothermere Foundation, and from alumni of University College.

The RAI is deeply grateful to all those whose generosity has helped ensure that the study of the United States continues to flourish at Oxford University.