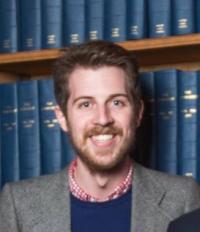 The RAI congratulates Mitchell Robertson, a D.Phil. student in American History, who has received the James Holt Prize for the best article published in the Australasian Journal of American Studies over the past two years.

Titled ‘Richard Nixon and the Conservative Revolt Against the Legal Services Program’, the article looks at the Legal Services Program, a small but influential program from Lyndon Johnson’s War on Poverty. It seeks to explain how the Program – intensely disliked by President Nixon and key conservatives in his administration, Congress, and the media – could not only survive repeated attempts to constrain and defund it, but was actually expanded into a permanent Legal Services Corporation, signed into law by President Nixon in 1974. The article develops Robertson's 2015 Oxford M.St. thesis and appeared in the July 2017 edition of AJAS.