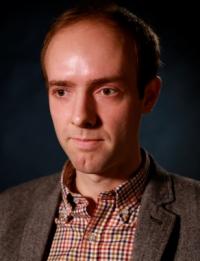 The RAI congratulates Dr Tom Cutterham on his appointment as Lecturer in United States History at the University of Birmingham.

After reading Ancient and Modern History as an undergraduate, Tom completed first a M.St. in U.S. History and then his D.Phil. at the RAI. During this time, he held a three-year RAI doctoral scholarship.

He joins one of the strongest history departments in the country, where he will teach the first half of a survey course in U.S. History, from the colonial era to 1890, as well as an upper-level course focused around the American Revolution. He will also continue his research on finance, politics, and high society in the Atlantic world during the Age of Revolutions. His first book, Gentlemen Revolutionaries: Power and Justice in the New American Republic, will be published by Princeton University Press.