Alexander P. Butterfield: The Making of 'The Last of the President's Men' 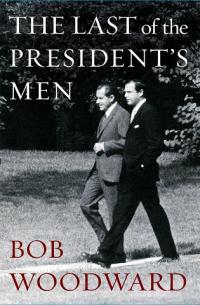 In a distinguished military and public service career, Alexander P. Butterfield spent four years as Deputy Assistant to President Nixon between 1969 and 1973.

Previously a decorated fighter and aerial reconnaissance pilot in the U.S. Air Force, and military assistant to Secretary of Defense Robert MacNamara, Butterfield was appointed to the Nixon White House staff by his UCLA classmate Bob Haldeman, and served as Haldeman’s deputy. After leaving the White House, Butterfield revealed the existence of the secret taping system in testimony to the Senate Watergate Committee.

In this talk, Butterfield will reflect in particular on his experience of appearing as the eponymous ‘Last of the President’s Men’ in Bob Woodward’s latest best-selling book.