Book Launch: The Slave's Cause: A History of Abolition 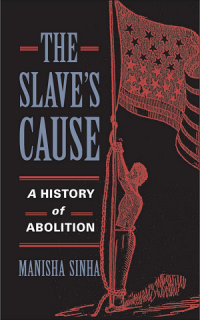 Manisha Sinha’s new book is a comprehensive history of the abolition movement in a transnational context. Where received wisdom has often cast abolitionists as white and bourgeois, racially paternalist and economically conservative, Manisha Sinha shows a diverse and often radical social movement. Looking beyond the antebellum period and indeed the United States, she documents abolitionism as a meeting-place of many backgrounds and causes, including feminism, utopian socialism, anti-imperialism, and efforts to defend labour rights.

Manisha Sinha was born in India and received her Ph.D. from Columbia University. The Slave’s Cause has been reviewed by publications including the Wall Street Journal, The New York Times, The Atlantic, and the Boston Globe.