Clive Sinclair is not Philip Roth 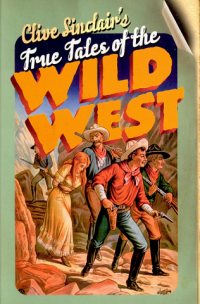 In a distinguished literary career, Clive Sinclair (1948-2018) was an acclaimed novelist and short-story writer, literary editor of the Jewish Chronicle, and winner of the Somerset Maugham Award, the Jewish Quarterly Award, and the PEN/Macmillan Silver Pen Award. He was named by Granta magazine as one of the original Best of Young British Novelists alongside Kazuo Ishiguro, Salman Rushdie and Martin Amis.

Focussing in his early books on Jewish identity and diaspora, in Sinclair's later works such as Meet the Wife, True Tales of the Wild West, and Death in Texas he established a reputation as arguably Britain's leading writer on the American West. His unique style was one that he termed 'dodgy realism'. Sinclair’s final book, Shylock Must Die, turned to the eponymous merchant of Venice to link literature's most famous Jew with contemporary domestic and political matters, including the American presidency, in seven melancholic, comic, and outrageous stories.

Bryan Cheyette, Professor of Literature at the University of Reading and the foremost scholar of Clive Sinclair's work, joins the American Literature Research Seminar to discuss and celebrate Sinclair's writing. Cheyette has written extensively on late-nineteenth and twentieth century English literature, modernism and politics, new literatures in English, postcolonial literature, British-Jewish literature, theories of race and modernity, and Holocaust literature.