Historians Joanne B. Freeman, Daniel Walker Howe, Kay Wright Lewis, and Sean Wilentz visit the University of Oxford’s Rothermere American Institute for a two-day colloquium on the nature of disagreement and conflict in the United States between the American Revolution and Civil War. Topics will include the Constitutional Convention, the Missouri Comprise, the War with Mexico, the Seneca Falls Conference, the Compromise of 1850, the Kansas-Nebraska Act, abolitionism, nullification, political violence, the ideas of race war and extermination, and the concept of pacifism.

Friday 31 May: Joanne B. Freeman, Daniel Walker Howe, Kay Wright Lewis, and Sean Wilentz will speak individually and respond to questions from the audience, guest interlocutors, and the moderator. RAI Senior Research Fellow Donald Ratcliffe will discuss the Missouri Compromise, marking the bicentennial of an 1820 Congressional agreement that Thomas Jefferson said was ‘a reprieve only, not a final sentence’ during the sectional dispute that held the United States on the edge of disunion and culminated in civil war. Day One will conclude with a champagne reception and book signing.

Copies of participants’ books will be available for purchase at the event.

A provisional programme is now available.

Please register separately for each day. Free registration. Details below. 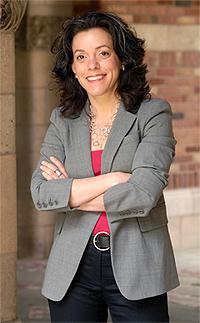 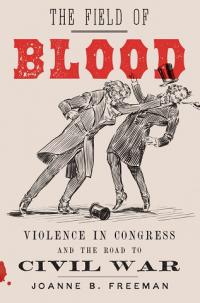 Joanne Freeman specializes in the politics and political culture of the revolutionary and early national periods of American History. Her most recent book, The Field of Blood: Violence in Congress and the Road to Civil War (2018), has been named a New York Times Notable Book of 2018. Her previous works include Affairs of Honor: National Politics in the New Republic (2002) and the edited volume Alexander Hamilton: Writings (2014). She earned her Ph.D. at the University of Virginia.

On The Field of Blood:
“In 1861, Americans grimly set to slaughtering the better part of a million of their fellow citizens. It was the most extraordinary break in the nation’s history—and Joanne Freeman charts its approach in an extraordinary new way. With insightful analysis and vivid detail, she explores the human relationships among congressmen before the Civil War, and finds a culture of astonishing violence. In fistfights, duels, and mass brawls, her innovative account detects steps toward disunion—and changes how we think about political history.”
—T.J. Stiles, Pulitzer Prize-winning author of Custer’s Trials 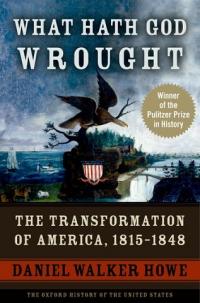 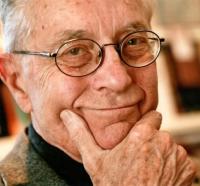 Daniel Howe was awarded the 2008 Pulitzer Prize in History for What Hath God Wrought: The Transformation of America, 1815-1848 (2007), a book described as “A comprehensive, richly detailed, and elegantly written account of the republic between the War of 1812 and the American victory in Mexico a generation later…a masterpiece” (The Atlantic). His other work includes The Unitarian Conscience: Harvard Moral Philosophy, 1805-1861 (1970), The Political Culture of the American Whigs (1979), and Making the American Self: Jonathan Edwards to Abraham Lincoln (1997). Most recently he has contributed ‘James K. Polk and the War with Mexico’ to the forthcoming America and the Just War Tradition (2019). This new collection, edited by Mark David Hall and J. Daryl Charles, “examines and evaluates each of America’s major wars from a just war perspective. Using moral analysis that is anchored in the just war tradition, the contributors provide careful historical analysis evaluating individual conflicts”. The result is “a fascinating exploration that offers policy guidance for the use of force in the world today, and will be of keen interest to historians, political scientists, philosophers, and theologians, as well as policy makers and the general reading public”. Daniel Walker Howe was president of the Society for Historians of the Early American Republic in 2001. He is a Fellow of both the American Academy of Arts and Sciences and the Royal Historical Society. 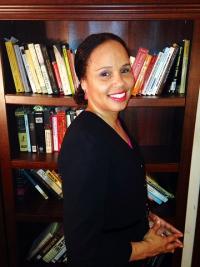 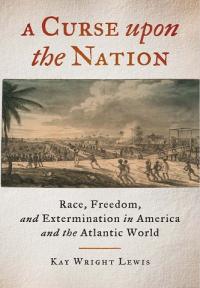 Kay Wright Lewis completed her Ph.D. in the Department of History at Rutgers University, New Brunswick. Her research focuses on slavery and abolition, African American intellectual history, Atlantic World history, and the history of violence. Her first book, published by the University of Georgia Press, is entitled A Curse Upon the Nation: Race, Freedom, and Extermination in America and the Atlantic World (2017), and examines how ideas about black and white extermination in a war between the races influenced the development of slavery and precluded the acceptance of black freedom in America. It reveals how the spectre of a race war has justified violence, moulded collective memory, and permeated the rhetoric of slavery and freedom.

Recently Professor Lewis has been a fellow at the Library Company of Philadelphia. She has also received a fellowship from the prestigious Lapidus Center for the Historical Analysis of Transatlantic Slavery at New York City's Schomburg Center for Research in Black Culture in New York City for her new research project tentatively entitled The Children of Africa Have Been Called.

On A Curse Upon the Nation:
“Lewis’s book is a welcome contribution to the scholarship on race and slavery and a must-read for scholars of race.”
—Black Perspectives
“A deeply-researched and wide-ranging book that carefully unravels the ways in which racial violence shaped Atlantic and American history.”
—David C. Atkinson, Diplomatic History

Sean Wilentz studies U.S. social and political history. His most recent book, No Property in Man: Slavery and Antislavery at the Nation’s Founding (2018), provides a radical reconstruction of the founders’ debate over slavery and the Constitution. He is the author of numerous further books on American history and politics, including The Rise of American Democracy, which won the Bancroft Prize and was a finalist for the Pulitzer Prize. Wilentz’s writings on American music have earned him two Grammy nominations and two Deems-Taylor-ASCAP awards. He received his Ph.D. from Yale University.

On No Property in Man:
“Wilentz shows what we dearly need to see now as much as ever: that slavery and antislavery were joined at the hip in the American founding, as well as in the tragic history that led to the Civil War. The Constitution possessed fatal complicity with racial slavery but also sowed seeds of its destruction. Wilentz brings a lifetime of learning and a mastery of political history to this brilliant book.”
—David W. Blight, author of Frederick Douglass: Prophet of Freedom

Missouri Compromise Bicentennial Address:
The Politics of Compromise: The Crises of 1819-21 and 1832-33 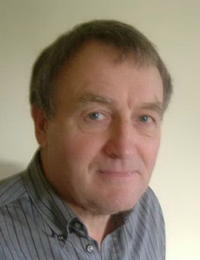 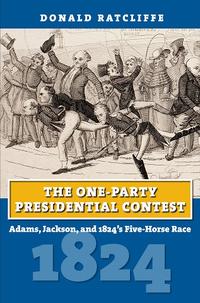 Donald Ratcliffe is the author, most recently, of The One-Party Presidential Contest: Adams, Jackson, and 1824's Five-Horse Race, winner of the Lasky Prize for the best book on American political history published in 2015.

On The One Party Presidential Contest:
“Donald Ratcliffe's new study of the 1824 presidential election—part of the University of Kansas Press's series of histories of U.S. presidential elections—is a truly splendid accomplishment” that will “delight those who relish the sort of fine-grained political history practiced by the likes of Michael F. Holt and the late William E. Gienapp”.
—Thomas Coens, Journal of the Early American Republic

Organised and Moderated by

Registration is via Eventbrite. Please note that Eventbrite processes data (including any personal data you may submit by registering for this event) outside of the European Economic Area. Please only submit any personal data which you are happy to have processed in this way, and in accordance with Eventbrite’s privacy policy applicable to attendees (available here). If you prefer not to use Eventbrite to register for this event, you may respond directly to enquiries@rai.ox.ac.uk.

This conference is supported by the U.S. Embassy London, the British Association for American Studies, and the RAI's Academic Programme Fund.