That Lady on the Hill: Examining American Liberalism at a Crossroads in the 1970s 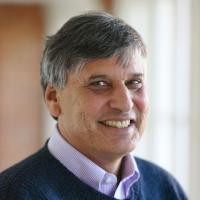 Brian Balogh is the Dorothy Danforth Compton Professor at the Miller Center of Public Affairs at the University of Virginia. His interests centre on U.S. Politics and the history of Science and Technology. He co-hosts Backstory with the American History Guys, a nationally syndicated radio show that appears on National Public Radio stations across the U.S., and by podcast on iTunes and SoundCloud.

Balogh is the author of The Associational State: American Governance in the Twentieth Century (2015) and A Government out of Sight: The Mystery of National Authority in Nineteenth-Century America (2009). His current projects include a book-length study on Liberalism’s Crossroads: Reconciling Progress and Participation. Before receiving his Ph.D. from Johns Hopkins University, he served in Massachusetts and New York City government for eight years.