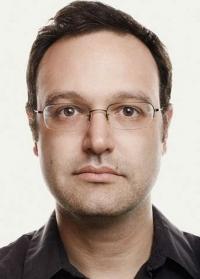 This session welcomes Mark Greif to read from his latest book, Against Everything. "In our dumbed-down, social-media-driven age," The New York Times said in its review, "Against Everything embodies a return to the pleasures of critical discourse at its most cerebral and personable." Greif’s writing has appeared in the LRB, TLS, New Statesman, and the Boston Globe. His first book, The Age of the Crisis of Man, was a 2015 Wall Street Journal and New Statesman Book of the Year. A conversation with Professor Lloyd Pratt and the audience will follow.

Mark Greif was born in Boston. After a B.A. from Harvard in History and Literature, and an M.Phil. from Oxford in English, he gained a Ph.D. in American Studies from Yale in 2007. Having entered journalism at the political magazine The American Prospect, he co-founded the literary and intellectual journal n+1 in New York in 2004.