The 2020 Election Results: What They Mean for the UK and the World 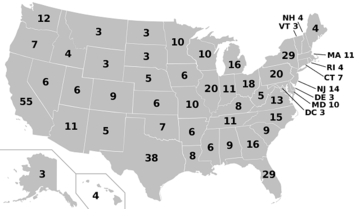 All American presidential elections have global consequences. The 2020 election – held against the background of a global pandemic, a looming climate catastrophe, and a fundamental weakening of international institutions – however, is particularly striking for its global impact. What will be the likely consequences of the continuation of an ‘America First’ foreign policy under a re-elected President Trump, or a President Biden’s plans to ‘once more place America at the head of the table’? And where does the ‘Special Relationship’ sit in both visions?

To discuss these issues, the Rothermere American Institute is delighted to welcome the former British Ambassador to the US Lord Darroch of Kew, former Deputy Homeland Security Advisor to President Barack Obama Amy Pope, and transatlantic historian Jay Sexton from the University of Missouri.

Click this link to join: https://zoom.us/j/98634940982
We are no longer requiring viewers to register. Those who have already registered will still be sent a Zoom link on the day.

Lord Darroch of Kew was the British Ambassador to the United States between 2016 and 2019. One of Britain's most experienced and respected diplomats, he joined the Foreign and Commonwealth Office in 1976 and has served as Her Majesty’s Permanent Representative to the European Union and the United Kingdom National Security Advisor. He is the author of Collateral Damage: Britain, America, and Europe in the Age of Trump (Harper Collins).

Amy Pope was the US Deputy Homeland Security Advisor to President Obama. In this role she had wide-ranging responsibilities including countering violent extremism to promoting refugee resettlement to leading its comprehensive effort to combat Zika, Ebola, and other public health threats. Prior to joining the White House, she worked at the US Department of Justice and as Counsel to the Senate Majority Leader. She is currently an Associate Fellow at Chatham House and is a Senior Non-Resident Fellow of the Atlantic Council.

Jay Sexton is the inaugural Kinder Institute Chair in Constitutional Democracy and Professor of History at the University of Missouri. His research situates the United States in its international context, particularly as it related to the dominant global structure of the era, the British Empire. His most recent book is A Nation Forged by Crisis: A New American History (Basic Books). Jay was previously the Director of the Rothermere American Institute and is an Emeritus Fellow of Corpus Christi College.