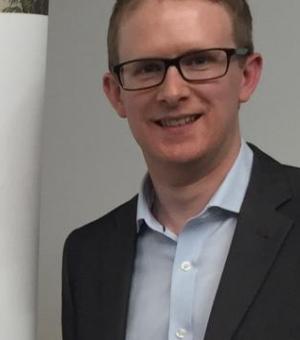 Huw David joined the RAI in October 2011 and was appointed Director of Development in January 2015. He leads and manages the Institute's multi-million pound fundraising campaign. Before working at the RAI, he was a regular visitor as a student while completing a doctorate in Anglo-American history at Lincoln College, Oxford.

His first book, Trade, Politics, and Revolution: South Carolina and Britain's Atlantic Commerce, 1730-1790, was published by the University of South Carolina Press in November 2018. It received the 2018 George C. Rogers Jr. Prize for the the best book of South Carolina history, given by the South Carolina Historical Society. The manuscript of the book was previously awarded the Hines Prize in 2015 by the College of Charleston, given biennially for the best first manuscript on a topic relating to the Carolina Lowcountry and/or the Atlantic World.

His writing appears in several academic journals including Global Networks, the Journal of Southern History, the South Carolina Historical Magazine, and Action Learning: Research and Practice. He has held visiting fellowships at institutions including the University of South Carolina and the Huntington Library, Los Angeles.

Since June 2018, he has chaired the Academic Advisory Panel of the Benjamin Franklin House, London, the world's only surviving home of the American founding father, and he is a judge of the Benjamin Franklin House literary prize.  In 2016, he was Wells Fargo Distinguished Public Lecturer at the College of Charleston and he is an Affiliate Faculty Member at the College's Carolina Lowcountry and the Atlantic World (CLAW) Program.

He has recently completed a research project with Tate Britain on Thomas Gainsborough, with a major new assessment of one of the painter's early portraits. His doctoral thesis, 'The Atlantic at Work: Britain and South Carolina’s Trading Networks, c. 1730-1790', explored how trade shaped politics in the era of the American Revolution. During his doctorate, Huw convened the RAI's Graduate Seminar in American History and organised an international conference at the Institute: 'Building an American Empire, 1783 - 1861'.

He is a Governor of a local village primary school and a member of the school's resources and finance committee, and at the RAI has worked extensively in outreach activities with local schools.

Huw David left the RAI in March 2019 to take up the role of Development Director at Wolfson College.