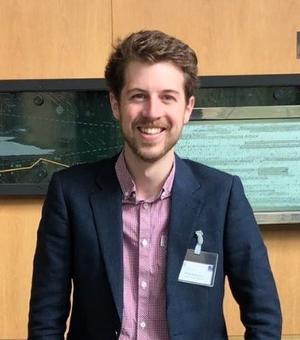 Mitchell Robertson is an Associate Lecturer (Teaching) in US History at University College London.

He completed his DPhil at the University of Oxford in 2020, where his studies were funded by the RAI-Oxford-Urquhart Graduate Scholarship and a Clarendon Scholarship. He has been a Fellow of the Rothermere American Institute since 2020 and was responsible for organising the America Decides and the Future of American Politics events series.

He is a historian of the modern United States. He is currently completing a book, provisionally entitled The Afterlife of the Great Society, which details how bureaucrats, public interest lawyers, Congressional staffers, and District Court judges–often in concert with each other–protected and expanded Great Society programs during the Nixon Administration.

He has been awarded the Hugh Davis Graham award by the Institute of Political History as well as the James Holt Prize by the Australian and New Zealand American Studies Association for the best article in the Australasian Journal of American Studies for the previous two years.

In addition to his academic work, Mitchell has provided informed commentary for BBC World Service, BBC News, BBC Oxford radio, and EuroNews. His writing has appeared in the Washington Post.