The John Gilbert Winant Visiting Professorship in American Government, based at the RAI, is named after John G. ‘Gil’ Winant (right). Having been Governor of New Hampshire, he was appointed as first head of the Social Security Board by President Franklin D. Roosevelt in 1935. He served with great distinction as United States Ambassador to the Court of St. James's from 1941 until 1946 and was instrumental in forging the wartime alliance between the US and Great Britain.

The Winant Professorship and the associated John G. Winant Lectureship in US Foreign Policy, also at Oxford University, are fitting tributes to Gil Winant’s lifetime of service and dedication.

The Winant Chair was founded by Rivington and Joan Winant. Rivington Winant was Gil Winant’s younger son and a loyal friend of Oxford University. Rivington’s own life was one of immense achievement and public service: having served in the US Marines during World War II, he later served as Treasurer of the United Nations.

The Chair has been held by many of the most distinguished scholars of American politics and government. The Winant Professor for 2020-21 is Robert Lieberman (Johns Hopkins University). In 2021-22 the Chair will be held by Nazita Lajevardi (Michigan State University), in 2022-23 by Lawrie Balfour (University of Virginia), and in 2023-24 by Jason P. Casellas (University of Houston).

“Oxford and the Rothermere American Institute provided an extraordinary hub for intellectual exchange and research during my year as Winant Visiting Professor in 2011-12. In work with others and in my own work, I was able to engage with many of the themes and factors that structure and roil American politics today." 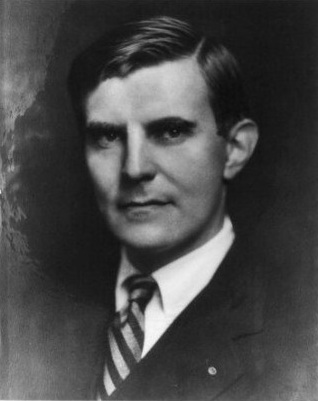