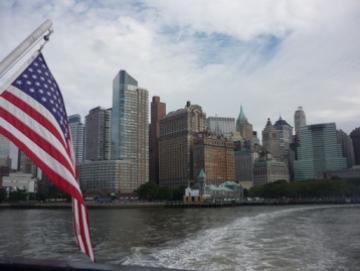 Thanks to the generosity of benefactors, the Rothermere American Institute awards at least five travel grants each year for primary research on the history, politics, or culture of the United States.

Travel and reporting for awards made in 2021 should be completed by the start of 0th week of Trinity term 2022.

Preference will be given to applicants who can demonstrate how their research is of interest to the wider RAI community, or to the research focuses of the Institute.

Applicants should submit their application to enquiries@rai.ox.ac.uk. The deadline is 12 noon on Monday 15 February

My research trip to Washington DC has not only been beneficial for my current DPhil research but has opened the door to future collaboration with scholars and practitioners who work on civilian-military co-ordination. I am deeply grateful for the support I have received from the RAI.