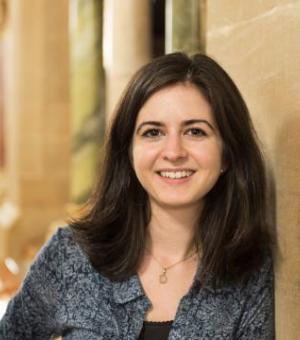 Her research interests are in twentieth-century literary and cultural history in Britain and America, and war cultures and commemoration, particularly the First World War. She has recently published a monograph examining literary and visual representations of death and the culture of war commemoration that underlies British and American modernism in the wartime and immediate postwar period.

Her publications for both scholarly and public audiences develop our understanding of the literary impact of the war and restore neglected and previously unknown First World War documents. Her critical edition of Edith Wharton’s First World War reportage, Fighting France: From Dunkerque to Belfort (1915), was published by Edinburgh University Press in 2015, and reviewed in the Weekly Standard and the TLS. She organised a roundtable discussion on ‘Wharton in Wartime’ in February 2016 (podcast available here). Her TLS article on ‘The Field of Honour’, an unknown war story by Edith Wharton in the Beinecke Library at Yale, generated international media coverage in the Oxford Arts Blog,  The New Criterion, The Atlantic, New York Times,  Yale News, Jezebel, The Smithsonian's Smart News,  Mental Floss, Livres Hebdo, The Rumpus, Electric Literature,  Bustle, BookRiot, Libertad Digital, and MPR News. The story has since been translated into multiple languages and adopted on college syllabi in the US and the UK.

She has previously published on Katherine Mansfield’s war writings and deathbed scenes in Great War nurses’ narratives, and has forthcoming articles and chapters on First World War correspondence and the impact of war discourse on Katherine Mansfield’s civilian language. In November 2016 she won the Oxford WWI Public Engagement Competition for a podcast entitled ‘Remembering Before the End: Death and the First World War’. She has appeared on Radio Four and regularly gives public lectures, most recently the Opening Lecture of the Hopkins and the Great War exhibition at Johns Hopkins University, Baltimore.

At the RAI, Alice is involved in the commemorations of American entry into the First World War, including the Centenary Lecture Series and an American First World War film series, The RAI Goes to the Movies. She teaches undergraduate and graduate courses in history and literature. Alice established and leads the twice-weekly TORCH Academic Writing Group for PhD students and Early Career Researchers. She is involved with the War, Literature, Culture research cluster in the Faculty of English and the Globalising and Localising the Great War network in the Faculty of History. She was on the advisory board of the last  International Society for First World War Studies conference in November 2016. She acts as a peer-reviewer for a number of publishers and journals, and regularly reviews books for scholarly journals. She is on academia.edu and  Twitter.

‘Letters from Home: Wartime Correspondences’, in The Edinburgh Companion to the First World War and the Arts (Edinburgh University Press, forthcoming summer 2017), ed. by Ann-Marie Einhaus and Katherine Baxter