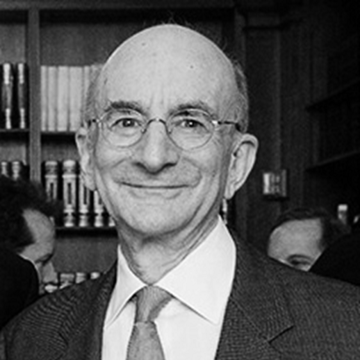 The distinguished historian of twentieth century America, Alan Brinkley, has sadly died aged 70. Alan served as Harmsworth Professor of American History at the University of Oxford in 1998-99 and was a Distinguished Fellow of the Rothermere American Institute.

Alan Brinkley was the Allan Nevins Professor of American History at Columbia University, where he also served as Provost between 2003 and 2009.  Intellectually Alan was one of the leading historians of his generation and the author of numerous books, including the prize-winning and agenda-setting studies, Voices of Protest: Huey Long, Father Coughlin and the Great Depression and The End of Reform: New Deal Liberalism in Recession and War. Other works included the prize-winning The Publisher: Henry Luce and his American Dream and many influential articles such as his 1994 essay in the American Historical Review on “The Problem of American Conservatism.”  Alan was exceptionally generous and kind to friends and colleagues, together with his wife Evangeline Morphos welcoming visitors from Oxford to New York and supporting younger colleagues. His weekly seminar, run jointly with Ira Katznelson, on American politics and history at Columbia University was a centre of academic exchange and engagement.

Alan will be hugely missed by friends and colleagues in Oxford and beyond.  The RAI extends warmest sympathies to Evangeline and his daughter Elly.