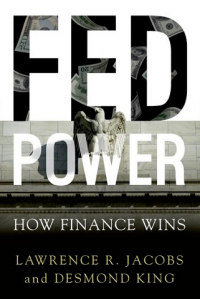 Described as "groundbreaking" and "a vibrant form of 21st century financial populism" in a Huffington Post review, Fed Power reveals competing attitudes to federal financial policy in American public life, and critiques the way in which the most powerful of federal economic institutions has developed.