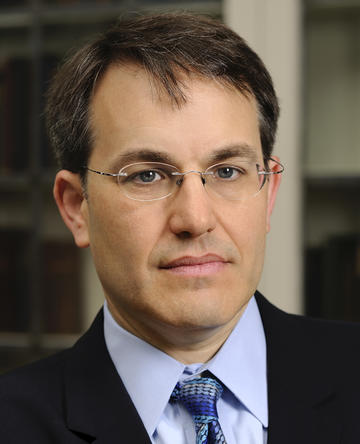 The RAI sits down with Professor Robert Lieberman – virtually, of course – to ask about his research and his experience at Oxford this year as the John G. Winant Visiting Professor of American Government.

Please tell us about your current research project.
I’m working on two projects at the moment. With a group of political scientists that I co-convene, called the American Democracy Collaborative (americandemocracycollaborative.org), I’m organizing a series of collective works on the contemporary crisis of American democracy and how democracies can overcome the challenges they are now facing. We’re publishing a book later this year, Democratic Resilience, which examines what resources help democracies endure when they are under stress, and we are now organizing another project to look at what kinds of reforms might promote democratic renewal. And, with our colleague Desmond King here at Oxford, I’m working on a book about what we call the Civil Rights State, which will explore how and why the US national government pivoted in the middle of the twentieth century away from being an agent of racial oppression and became, for a short time, a protector of civil rights. That progress was short-lived and it unravelled quickly, and we hope to come to a better understanding of both the rise and decline of the American state as an agent of equality.

What made you focus on this particular subject? Can you tell us what makes it so interesting?
The election of Donald Trump obviously exposed many of the challenges of American democracy, although he himself did not cause them. After the election of 2016, many of us who study American politics found ourselves talking to colleagues who study politics elsewhere and they would say things like, “democracies come and go … we’ve had a good run in the United States”, or they’d reel off a list of other countries that had gone down similar paths: Hungary, Turkey, Venezuela, and the like. Needless to say, these musings were not reassuring. But more seriously, they suggested that we Americanists needed a different kind of focus, one that took a comparative perspective on democracy and democratization more seriously and paid careful attention to the threats that challenge democracy around the world. One of those threats is conflict over who belongs as a full member of the political community; deeply divided societies find democracy more challenging, and race has long been a, if not the, key dividing line in American society and politics.

What led you to this research?
The role of race in the development of American politics has been one of the central themes of my research and teaching for my entire career. You simply can’t understand the United States without appreciating how deeply the contours of racial division have shaped the way Americans practice and think about politics, and the extent to which it has limited the scope of American democracy. There’s more recognition of these facts today than when I began to work on these questions, both among political scientists and the general public, but if anything events over the past few years have made questions of race, power, and justice even more critical than at any time in my career.

Do you have any advice for today’s graduate students in political science, or more broadly?
Remember why you are studying politics and why understanding it is important. One of the things that the last few years in politics have reminded us is that what happens in the political world really matters, and coming to a better understanding of it can make a difference. It’s important to take a broad approach to your subject and be prepared to cross conventional academic boundaries. My own subfield of American politics, for example, has gotten increasingly wrapped up in its own methods and problems and sometimes loses sight of the big picture. Depth and precision are important, but as the political scientist Robert Putnam has reminded us, ‘better an approximate answer to an important question than an exact answer to a trivial question’.

This has been an unusual year to be the Winant Professor. Have you have found living and working in Oxford during the pandemic?
It certainly has been an unusual year. I had originally planned to spend the entire academic year in Oxford, but after things shut down in the fall I postponed my arrival until January. Then the British government announced the new lockdown on the very day in January that I was scheduled to travel, so I postponed again. I arrived in Oxford in early March and have just finished my mandatory post-travel quarantine, so I’m just now able to get out and explore a bit - my wife and I are discovering the great walking possibilities of Oxford. But through the alchemy of the internet, I’ve already gotten involved in academic life here. I co-taught an American politics course for MPhil students in Hilary Term and have participated in a few RAI events. But I’m definitely looking forward to more interaction over the rest of the year.