Every year, the RAI welcomes a group of Fellows-in-Residence. Fellows-in-Residence benefit from using the scholarly resources of the Vere Harmsworth Library, having a desk space in our building, presenting their work and receiving feedback at our Fellows’ Forums, and being part of our RAI intellectual community as well as that of the University more broadly. Read about the research projects of our current RAI Fellows-in-Residence below.

Alice M. Kelly has been researching and writing about femslash fanfiction – fan authored narratives that imagine (often cisgender, heterosexual) female characters from pre-existing media properties in romantic relationships – since 2018. Her first book Decolonising the Conrad Canon, based on her doctoral thesis, will be published by Liverpool University Press in Spring 2022. She is currently developing two further book projects that emerged from her Digital Scholarship Postdoctoral Fellowship at the University of Edinburgh's Institute for Advanced Studies in the Humanities (2019/20). In Once Upon a Queer Time: Femslash, Fairy Tales and Swan Queen Fanfiction, she proposes a new theory of queer, fan and fantasy time based on fan works responding to a popular American television show about modern fairy tales. Her third book project tracks the timing of precarious queer and genderqueer bodies in femslash fan works that are largely inspired by American mainstream media and popular culture. 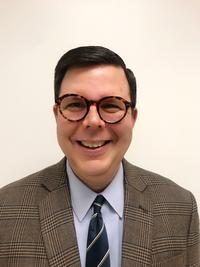 David L. Leal is a Professor of Government and Mexican American Studies at the University of Texas at Austin. His research project during his time at the RAI is to better understand the political diversity of Latino/Hispanic communities and the implications for “demography as destiny” claims in American politics. Democrats hope that growing Latino, Asian, and immigrant populations will slowly but surely transform the electorate and realign politics in a progressive direction.  Republicans see a similar trend, fearing a realignment that consigns them to playing perpetual defense in national politics. This work investigates such claims and asks whether they are consistent with the reality of Latino diversity and acculturation as well as with how demographic change has politically transpired in the past.  For instance, he explores the role of intra-Latino complexities such as religion, generational status, military service, and ethnic drift.  There is reason to think that both parties will remain competitive despite population shifts, and that demography is not necessarily destiny. His goal for this year is to continue his research on Latino and immigrant political diversity and party competition in order to better understand such emerging dynamics. 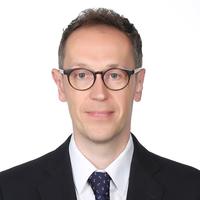 Paul Tonks is Associate Professor of History at Yonsei University in Seoul. His research project, ‘American Missions in Korea: Towards A Global Intellectual History’, reflects the Korean Peninsula’s crucial place in the history of America’s international relations. Korea’s division after World War Two drew the US into a brutal war (1950-53) and an ongoing alliance with South Korea. US-Korea relations began much earlier, however, formally in 1882, with the ‘Treaty of Peace, Amity, Commerce and Navigation.’ Missionaries such as Horace Allen (1858-1932), who served also as US Ambassador, and Horace Underwood (1859-1916) played a pioneering role. The key focus of this project is how the historical thought of Christian missionaries about Korea and Northeast Asia helped to shape modern American global engagements. It engages with transnational and global history and seeks to bring these together with intellectual history to analyse the historical development and transformation of American views of Korea. 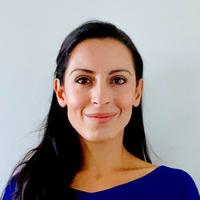 Morwari Zafar is conducting an ethnographic study of militias and gun rights activism in the U.S. state of Virginia. Her fieldwork research is an inquiry into the organizing principles that shape gun rights activism, particularly as demonstrated by locally-organized militias. Drawing upon the discipline of anthropology, the goal of the project is to establish a more nuanced understanding of how communities shape the meaning and social value of guns in America. During her time at RAI, Morwari will consolidate her fieldnotes into an academic article and a long-form essay. Given topical discourses on the U.S. Constitution’s Second Amendment, which protects the right to bear arms, she endeavours to communicate the findings of the research to both academia and mainstream media. Morwari is an anthropologist, an adjunct assistant Professor at Georgetown University’s Walsh School of Foreign Service, and the founder/CEO of The Sentient Group.