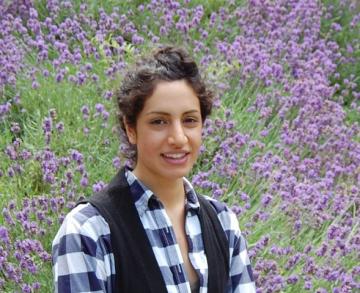 The RAI congratulates Mandy Izadi on her appointment as Broadbent Junior Research Fellow in American History, a position associated jointly with the Institute and St Edmund Hall.

Dr Izadi is a scholar of U.S. continental expansion in the nineteenth century, particularly in Florida and the greater south east. She completed her doctorate in Oxford in 2016, having previously taken her B.A. at New York University and her M.A. at the University of Maryland. Her research encompasses Native American history, environmental history, African-American history, and comparative work on British, Spanish, and American imperialism.

The Broadbent JRF is a great addition to Oxford’s American history community. Postdoctoral scholarships give vital opportunities to scholars embarking on academic careers and we all look forward to welcoming Mandy in October.