Mara Keire discusses populism with Melvyn Bragg on 'In Our Time' 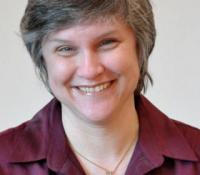 Mara Keire, Lecturer in US History at Oxford University, appeared on Radio 4's 'In Our Time' on Thursday 15 June to discuss the American Populists. Listen to the programme here. In late nineteenth century America, populism was one of the most significant protest movements since the Civil War. Its repercussions were felt well into the twentieth century.

Farmers in the South and Midwest felt ignored by the urban and industrial elites who were thriving as the farmers suffered droughts and low prices. The farmers were politically and physically isolated. As one man wrote on his abandoned farm, 'two hundred and fifty miles to the nearest post office, one hundred miles to wood, twenty miles to water, six inches to Hell'. They formed the Populist or People's Party to fight their cause, put up candidates for President, won several states and influenced policies.

In the South, though, the populists' appeal to black farmers stimulated their political rivals to suppress the black vote for decades and set black and poor white farmers against each other, tightening segregation. Aspects of the Populists ideas re-emerged effectively in Roosevelt's New Deal, even if they are mainly remembered now, if at all, thanks to allegorical references in The Wizard of Oz.