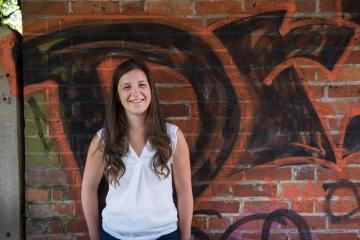 The RAI congratulates Oenone Kubie on winning the 2018 postgraduate prize from the Historians of the Twentieth Century United States for the best paper at the association's recent annual conference, entitled 'Enforcing the Color Line: Children and Segregation in Chicago, 1910-20'.

Oenone Kubie recently completed a D.Phil. in American History at St Cross and Brasenose colleges. Her research is a study of working class and immigrant boys’ street cultures in Chicago in the early twentieth century. While much has been written about the new juvenile institutions created and expanded in the United States during the Progressive Era, Kubie's thesis considers how boys evaded, challenged and lived outside of institutional spaces. In doing so, she demonstrates that boys’ use of urban space in Chicago disrupted official plans for the city and altered the urban experience for Chicagoans, old and young.