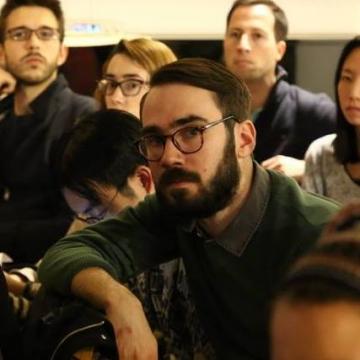 The RAI congratulates Pete Millwood, who is currently a Postdoctoral Visiting Research Fellow at the RAI, on his appointment as a Fellow at the London School of Economics and Political Science. Dr Millwood will be teaching the modern international history of East Asia, including coverage of the deep involvement of the United States in the region. He will also continue his research towards his first book project, under the working title "Below the Summit: How Acrobats, Basketball Players and Biologists Remade US-China Relations, 1969–1978”. This project, on the transnational history of US-China relations, was the focus of his research at the RAI over the last two terms.

Millwood is an historian of the international and transnational history of the Chinese world during the Cold War. He completed his doctorate in history at Oxford in 2017 and has previously held fellowships at Tsinghua and Peking universities, both in Beijing, and at the Library of Congress.