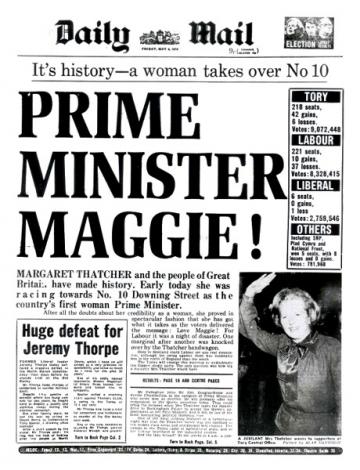 The Rothermere American Institute and Bodleian Libraries are pleased to announce that Oxford researchers now have access to the Daily Mail Historical Archive 1896-2004, a resource which the university has desired for many years. This permanent acquisition was made possible thanks to a generous donation by the Daily Mail and General Trust.

The Daily Mail is a well-known British daily tabloid newspaper which was first published on 4 May 1896 by Alfred Charles William Harmsworth, later Lord Northcliffe, and his brother Harold, later Lord Rothermere. This resource provides access to more than 100 years of the newspaper, which has consistently been among the best-selling titles in Britain.

The archive is an invaluable source for all manner of projects on British and world history, politics, society, culture, publishing, and much more. In its aim to represent the working middle-class and actively campaign for particular causes, the Daily Mail has provided an important vocal alternative perspective to other newspapers. This digital resource also includes fully scanned copies of the Daily Mail Atlantic Edition, which were edited and produced on the White Star and Cunard liners between Southampton and New York between 1923 and 1931. Because there were no legal deposit requirements for these unique off-shore editions of the newspaper, which differ in many ways from that day’s printed Daily Mail, they are not held in any Legal Deposit library.

The resource can be viewed in full digital facsimile form, with copious advertisements, news stories and images that capture 20th century culture and society.

The Rothermere American Institute and the Bodleian Libraries are very grateful to the Daily Mail and General Trust for its generous donation.