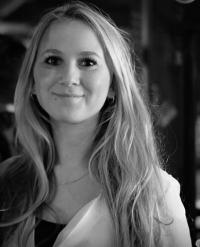 RAI student Emma Day has been awarded a dissertation grant from the Schlesinger Library on the History of Women in America at the Radcliffe Institute for Advanced Study, Harvard University.

She writes: "I am thrilled to have been awarded a Dissertation Grant of $3,000 from the Radcliffe Schlesinger Library at Harvard University, a leading centre of research on the history of women in America. I will use the grant to carry out primary research for my D.Phil. project, 'Out of the Silence: Women Protesting the AIDS Epidemic, 1980-2018', which explores feminist responses to the AIDS crisis in the United States between the 1980s and the present day. I am interested in examining how in response to the AIDS epidemic, women activists built on the lessons of the feminist healthcare movement of the 1960s and 1970s in order to address the specific struggles and needs of women during the AIDS crisis.

"I have already carried out extensive research into the work of various feminist organisations founded in the late 1980s and early 1990s in response to AIDS and other feminist issues at archives in New York and California. I will use my time at the Schlesinger Library to carry out further research into the feminist healthcare movement of the 1960s and 1970s by consulting the Library’s extensive collections on the history of women’s rights, feminism, health, and sexuality. I am particularly interested in examining the Boston Women’s Health Book Collective’s records, and am certain that the research trip will greatly enhance the success of my overall D.Phil. project."

The library is named after Arthur M. Schlesinger, Sr., a noted history professor at Harvard during the 20th century, and his wife Elizabeth Bancroft Schlesinger, a noted feminist. Its holdings document women's activities, at home in the United States as well as abroad, from the early 19th century to the present day.