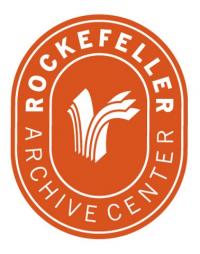 RAI postgraduate Nonie Kubie, holder of a three-year RAI doctoral studentship, has been awarded a grant-in-aid for archival research at the Rockefeller Archive Center in Sleepy Hollow, NY.

Her thesis is a study of 'Boys' Street Cultures in Chicago, 1900-1929': a period which saw a wave of reforms aimed at improving and Americanizing the lives of immigrant and working-class children in urban America. State legislatures passed compulsory education laws, curtailed the work of children, and created new juvenile courts and reformatories. In parallel, Progressive-Era child-savers such as Grace Abbott and Julius Rosenwald created charitable organizations intended to protect all aspects of children's lives from the demoralizing and physically dangerous effects of modern, industrial urban life. Institutional space designed for children’s well-being increased dramatically, with new, supervised playgrounds and recreational groups such as the Boy Scouts of America complementing older institutions such as schools and houses of refuge.

Much of the research that accompanied these new initiatives, and even the some of the new institutions themselves - notably the Boy Scouts of America - received support from Rockefeller grants. Beneficiaries included sociologists based in Chicago who studied gangs and juvenile delinquency, such as John Landesco or Frederick Thrasher. Child savers such as Julius Rosenwald, the famous businessman and philanthropist, corresponded extensively with the Rockefeller Foundation, the Rockefeller Institute for Medical Research, and John D. Rockefeller (Jr. and Sr.) in person.

This breadth of activity is reflected in the holdings of the Rockefeller Archive Center, and the opportunity to consult them is therefore of special value.