We are deeply saddened to report that Professor Laura Marcus FBA, Goldsmiths Professor of English Literature in the Faculty of English and Fellow of New College, passed away in late September 2021 after a short illness. Professor Marcus was a Senior Fellow at the RAI and a valued member of its Executive Committee.  She was an internationally renowned modernist scholar with a particular expertise in Virginia Woolf, life-writing, and fiction and film. Her book publications include Auto/biographical Discourses: Theory, Criticism, Practice (1994), Virginia Woolf: Writers and their Work (1997/2004), and The Tenth Muse: Writing about Cinema in the Modernist Period (2007). Members of the RAI community past and present have warm recollections of Professor Marcus, and we have amalgamated these below. She contributed in a wide range of ways to the Institute, behind the scenes on committees, at our events, and as a much valued member of our community. 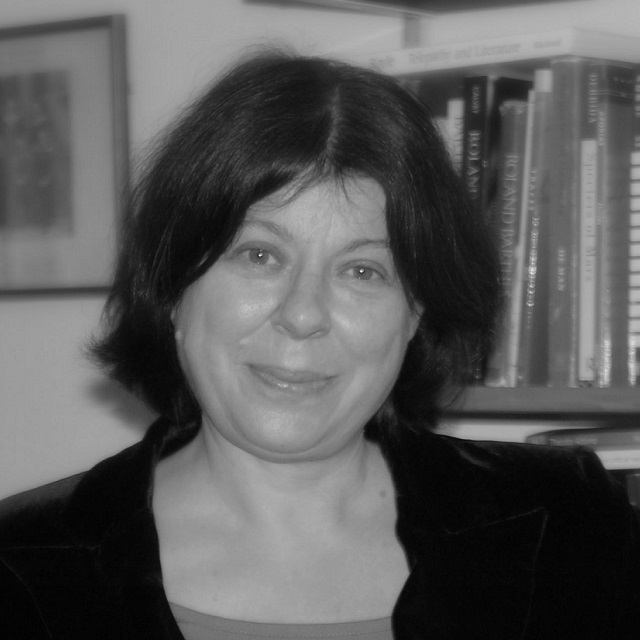 Professor Marcus was always an impressively engaged member of the RAI’s Executive Committee, who had the interests of the Institute at heart. Always a keen advocate of transatlantic approaches, she provided an invaluable link between the Faculty of English and the RAI, and provided much wise counsel and strategic advice in her role on the Committee from 2016-2019. She consistently advocated for the RAI externally: she was a highly effective advocate for American literature in the English Faculty and throughout the University and colleges. Professor Marcus is remembered for her warmth and caring interest in the RAI and its people.

Professor Marcus was a generous contributor to the Institute’s intellectual activity, supporting literary events and symposia at the RAI. She managed to carve out an enormous amount of time for the RAI from her exceptionally busy schedule, and she was a regular presence and committed participant at RAI events, including the American Literature Research Seminar, the Harmsworth Lecture, and many ongoing conferences and lectures. She was so often a key person in its seminar and lecture audiences, if not actually on the platform – always drawing out a better, sharper conversation than might have happened without her.

She also organised a number of events and was part of the team (with Professors Elleke Boehmer, Lloyd Pratt and Michèle Mendelssohn) that organised a conference on Alain Locke in the 21st Century, which took place at the RAI in October 2012, bringing together an international range of speakers from the US, Europe and Australia. Professor Marcus was also very helpful when Dr Tara Stubbs and others organised events in collaboration with the Ashmolean exhibition America’s Cool Modernism in summer 2018, encouraging her DPhil students to get involved with the talks and events.

Colleagues who taught with Professor Marcus remember her openness to discovering and exploring new and recent American writers, and supervising dissertations on twentieth and twenty-first century American novels. No work was ever too long or too abstruse for her, and through her interests and energy, modern American literature was given a vital boost in the English Faculty.

A number of our community members also remember Professor Marcus as a valued mentor, both to students and early career scholars. This mentoring was both academic and personally supportive, as younger scholars navigated the intellectual rigour of the DPhil or the ups and downs of an adjunct career. She was also very helpful in connecting the RAI’s American literature DPhil students with workshops and other events, both inside Oxford and at other universities around the UK. She was razor sharp intellectually, but always a warm and supportive presence.

Professor Marcus was always a good friend of the RAI and we thank her for everything she did to promote, enrich and share American literature and culture here at Oxford.