We are delighted to announce the appointment of our Winant Professors of American Government for the three academic years from 2021. The John Gilbert Winant Visiting Professorship in American Government, based at the RAI, is named after John G. 'Gil' Winant, who served with great distinction as United States Ambassador to the Court of St. James's from 1941 until 1946. The Chair has been held by many of the most distinguished scholars of American politics and government. The Winant Professor for 2020-21 is Robert Lieberman (Johns Hopkins University). 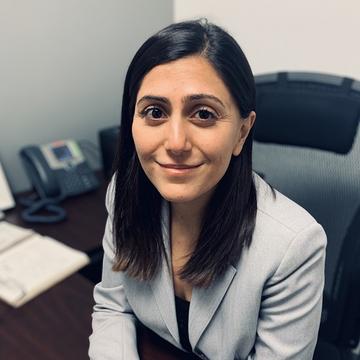 Nazita Lajevardi (2021-22) is a political scientist and attorney. She investigates the politically consequential sociopolitical behaviours and attitudes of the American public toward members of marginalized communities. Her work centers on issues of political discrimination, public opinion, and political behaviour. Her first solo-authored book, Outsiders at Home: The Politics of American Islamophobia (Cambridge University Press, 2020), evaluates U.S. Muslims’ experiences of political discrimination both from the outside perspectives of the public, legislators, and the media, and also from the perspective of Muslims themselves. As she explains at the outset of this carefully researched work, her research is grounded in her life experience as a Muslim after 9/11, when U.S. Muslims found their position in American society greatly diminished and the risks they faced radically heightened.

Her work is currently situated in several research streams: 1) examining the political economy of (immigrant and youth) voting, 2) exploring the link between online extremist hate speech and offline consequences, such as hate crimes, and 3) evaluating the political effects of misinformation about stigmatized groups. To answer her research questions, she uses a variety of research methods, including survey experiments, field experiments, text analysis, and qualitative interviews.

Her scholarship has been published in venues such as Cambridge University Press, The Journal of Politics, American Political Science Review, Political Behavior, Journal of Race and Ethnic Politics, and Politics Groups and Identities, among others. She is also called upon to speak on these issues frequently in the media, and her work has been featured in outlets such as The Atlantic, The New York Times, The Washington Post, Vox Magazine, Religion News Service, and The Huffington Post. 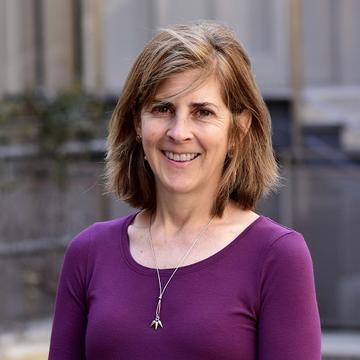 Lawrie Balfour (2022-23) teaches Politics and American Studies at the University of Virginia. The author of Democracy’s Reconstruction: Thinking Politically with W. E. B. Du Bois (Oxford University Press) and The Evidence of Things Not Said: James Baldwin and the Promise of American Democracy (Cornell University Press), she has published widely on race, gender, and democracy. Her current research includes a book manuscript on Toni Morrison’s political thought entitled Imagining Freedom: Toni Morrison and the Work of Words and several projects on reparations for slavery and Jim Crow.

In 2020-21, Balfour will hold a John Simon Guggenheim Memorial Fellowship and be a member of the School of Social Science at the Institute for Advanced Study in Princeton, New Jersey. She has held fellowships from the W.E.B. Du Bois Institute for Afro-American Research, the Center for the Study of Values in Public Life at Harvard Divinity School, the Virginia Foundation for the Humanities, and the National Endowment for the Humanities. A recipient of multiple teaching awards, she was Laurance S. Rockefeller Visiting Associate Professor for Distinguished Teaching at Princeton University in 2008-2009; a visiting faculty member at the École des Hautes Études en Sciences Sociales in Paris in May 2012; and a member of the faculty of the Academy of Global Humanities and Critical Theory in Bologna in 2017.

Since 2017, Balfour has served as Editor of Political Theory: An International Journal of Political Philosophy. She is on the boards of The American Political Science Review and Politics, Groups, and Identities. Balfour was Director of Fellowships at the Carter G. Woodson Institute for African American and African Studies from 2011-2013 and Interim Chair of Politics from January 2014-January 2015. 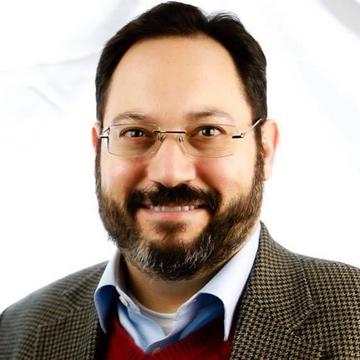 Jason P. Casellas (2023-24) is an associate professor of political science at the University of Houston. He received his Ph.D. in Politics from Princeton University in 2006. He specializes in American politics, with research and teaching interests in Latino politics, legislative politics, and state and local politics. He is the author of Latino Representation in State Houses and Congress (New York: Cambridge University Press) and co-author of Governing Texas, the best-selling textbook in Texas government. He is the recipient of numerous fellowships and awards, including the Samuel DuBois Cook Postdoctoral Fellowship at Duke University, and a United States Studies Centre Postdoctoral Fellowship at the University of Sydney. In 2011, he was awarded a National Academy of Education/Spencer Foundation Postdoctoral Fellowship. In 2016, he was selected by the Spanish Embassy for the Hispanic Leader Program in Madrid. His work has appeared in other peer-reviewed journals. He is a member of the Texas Advisory Committee of the United States Commission on Civil Rights and the Social Science Advisory Committee of the College Board.  His work has appeared in the Journal of Politics, Legislative Studies Quarterly, Urban Affairs Review, the Journal of Race, Ethnicity, and Politics, American Politics Research, the Journal of Hispanics and Education, Political Research Quarterly, Aztlán: Journal of Chicano Studies, and other peer-reviewed journals.