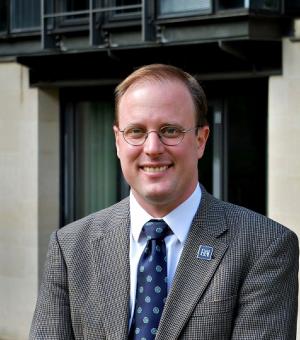 Halbert Jones served as Director of the Rothermere American Institute from August 2016 to September 2019.  Prior to joining the RAI, he led the North American Studies Programme at St Antony's College. As the Programme's first director, he developed its interdisciplinary approach to the study of the continent as a region, examining themes and issues that transcend national boundaries in North America. Dr Jones received his PhD in history from Harvard University in 2006, serving subsequently as an historian at the Office of the Historian of the US State Department, as a visiting fellow at the Instituto Tecnológico Autónomo de México, and as a senior fellow at Harvard's David Rockefeller Center for Latin American Studies. His research interests include the history of US foreign policy, US-Latin American relations, mid-nineteenth-century expansionism, and twentieth-century Mexican politics.