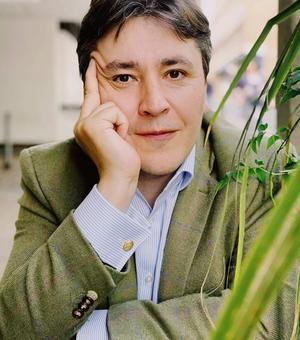 Nicholas Cole is a historian of American political thought and institutions, with a particular emphasis on the working of constitutional conventions, legislative bodies, and the negotiation of American law.  He is a Senior Research Fellow of Pembroke College and founding Director of the Quill Project (www.quill.pmb.ox.ac.uk).

Cole’s major research projects focus on the evolution of American constitutional law and the development of digital tools to improve qualitative analysis within the field of legal history and enable robust comparative studies of legislative processes. He has pioneered collaborative research methods (along with the tools and processes to support them) which have allowed undergraduate students to make meaningful contributions to Quill’s on-going digital editions. He is currently working with colleagues in the United States on two major digital publications that chart the renegotiation of constitutional law and related legislation within Congress in the period 1859-1875, and the writing of constitutions for the western United States in the latter half of the nineteenth century.  A pilot-project, funded by the Oxford University Fell Fund for 2020-21, adapts techniques developed for these projects to the case of the negotiations that led to the Good Friday Agreement in Northern Ireland.

Cole is currently supervising graduate students pursuing projects studying early Federalism, early state constitutions, early political parties, and the evolution of the university curriculum in colonial New England.  He is particularly interested in prospective projects centred on the history of American constitutional law, the history of American political thought, or projects with a strong digital component.