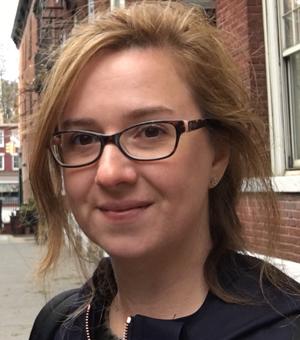 Rachel Malkin has held posts in the Faculties of English at the Universities of Oxford and Cambridge, and at St Hugh’s College, Oxford, where she is currently an Associate Member of the SCR. She teaches widely in literature from the C19th to the present, with specialisms in C20th and C21st North American writing.

Her research interests include C20th/C21st fiction, philosophy in relation to American culture, afterlives of American romanticism, experiential aesthetics, the politics of the ‘ordinary’, theories of criticism/role of the critic, intellectual history.

Her first book (forthcoming from Edinburgh University Press) considers the work of the American philosopher Stanley Cavell in context, alongside the writing of literary contemporaries. She has also published articles and reviews on American poetry, Cavell, and film. Projects in progress include articles on the American investments of literary criticism’s ‘positive’ affects and stances, and on Claudia Rankine’s uses of conversation and the experiential.