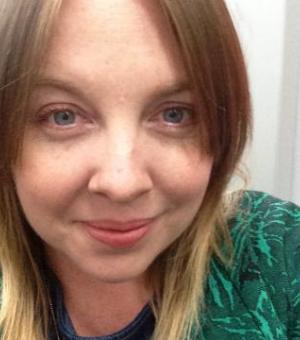 Dr. Tara Stubbs studied for her BA in English at Emmanuel College, Cambridge, before coming to St. John's College, Oxford in 2003 to study for an M.St. in Twentieth-Century Literature followed by a DPhil (2004–8). She was appointed JRF in English at St. Peter's College, Oxford in 2008; and having taught additionally at Roehampton University, London, in 2012 Dr. Stubbs was appointed Associate Professor in English Literature and Creative Writing at Oxford University’s Department for Continuing Education (OUDCE), and Official Fellow of Kellogg College, Oxford.

Dr. Stubbs's DPhil focused on the American modernist poet Marianne Moore’s interactions with Irish writing and culture. This interest in transatlantic connections within modernist writing has shaped her research career, leading to a monograph, American Literature and Irish Culture, 1910–1955: The Politics of Enchantment (2013; reissued in paperback in 2017); and to her establishing the 'Transatlantic Literature in Context' seminar series at Oxford (2012–2016).

She has published widely on Moore in particular, most recently in an essay for Modernist Cultures on Moore, England, and American identity (March 2016), and a chapter on Moore's 'lyrical lexicons' for a collection on Poetry and the Dictionary (2019). She continues to work within the field of transatlantic literature, with recent publications including a co-edited collection of essays, Navigating the Transnational in Modern American Literature and Culture (Routledge, 2017; paperback 2020), with Doug Haynes (University of Sussex); an essay for Oxford Handbooks Online on Irish-American Poetics (February 2017); and an article in the London Magazine (July–August 2017) on T. S. Eliot and transatlantic culture. Her most recent monograph, reflecting her ongoing work in Irish literature and poetics, is The Modern Irish Sonnet: Revision and Rebellion (Palgrave Macmillan, 2020).