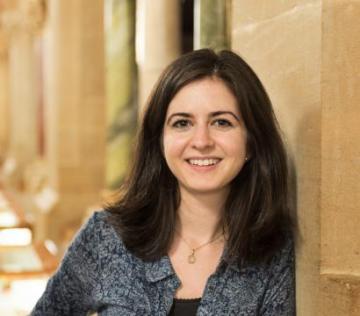 Alice Kelly, the RAI's Harmsworth Junior Research Fellow on the History of the United States and World War One, has written an article in the latest edition of the Times Literary Supplement on Ellen La Motte, an American nurse, suffragette and war writer.

Based on archival research at Johns Hopkins University, Kelly describes the astonishing range of lesbian, suffragette, avant-garde, and war networks that La Motte moved within - from the militant suffragettes in London such as Mary Richardson and the Pankhursts, to Gertrude Stein, Alice B. Toklas and Henri Matisse in Paris. Kelly's article draws upon a new archival collection of sixteen letters from La Motte to her American friend Amy Wesselhoeft von Erdberg in Germany, donated to John Hopkins in March 2016 by Wesselhoeft’s descendants after they were found in a hayloft behind the family home in Waldheim. Written from Baltimore, Paris, London, and Chicago between December 1911 and August 1916, they provide a unique insight into La Motte's personal and political life before her graphic 1916 war memoir The Backwash of War.

Alice Kelly's fellowship at the RAI is generously supported by the Rothermere Foundation.