We are pleased to announce the recipients of our 2020-21 Graduate Scholarships. RAI Graduate Scholars are fourth-year D.Phil. students who receive a stipend and office space at the RAI to support them whilst writing up their doctoral theses. You can read more about this scheme here.

Grace Mallon is a D.Phil. candidate in History. Her project, ‘The Practice of Union’, explores how state governments learned to govern within a new kind of federal union after the implementation of the U.S. Constitution after 1789. In considering how the state and federal governments learned to work together in the early American republic, her research reveals that co-operative federalism has much older origins than historians and political scientists have hitherto imagined, and questions whether a strict division of sovereignty between the state and federal governments was ever possible in practice.

Sage Goodwin is a D.Phil. candidate in Cultural History. Her doctoral thesis, ‘Framing the Civil Rights Story: Network Television News and the Struggle for Black Freedom, 1954–1968’, explores the dialectical relationship between the nascent television news industry and the mid-century struggle for racial equality. Alongside completing her D.Phil. Sage will be continuing to co-convene the interdisciplinary seminar, ‘Cultural Histories, Cultural Studies’, which she co-founded. She will also be organising an exciting multidisciplinary conference: ‘Racialisation and the Media: From Television to Twitter’, which will bring together scholars, media practitioners, and activists to explore how news, entertainment, and social media has and continues to shape race relations.

Benjamin Schneider is a D.Phil. candidate in Economic and Social History at Merton College. His thesis analyzes the impact of technological change on jobs in the Industrial Revolution using comparative studies of sectors in the United States and Britain. This project is the first to systematically analyze the quality of jobs in the past and provides historical perspective to contemporary debates about the effects of automation on work in the 21st century. The early results suggest that new technology can lead to large-scale unemployment and growing inequality between the best and worst jobs. 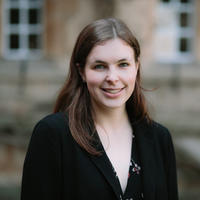 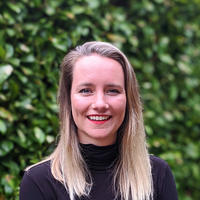 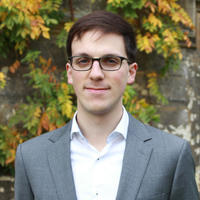