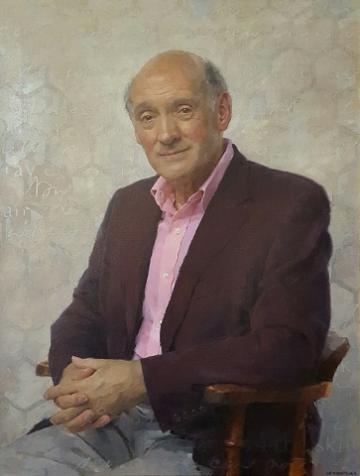 Named in honour of Professor Richard J. Carwardine, FBA, Rhodes Professor Emeritus of American History at Oxford, this prize is awarded annually to the M.St. student in U.S. History who is judged by the course convenors to have been be the outstanding overall student of the cohort. In selecting the recipient, the convenors consider not only final marks and ranking, but also the energy, enthusiasm, and enterprise that candidates brought to their research, studies, and seminar discussions over the course of the year.

The prize has been endowed by a generous donation from the William S. Broadbent Family and is funded by the net income from this sum. Avery W. Broadbent and William S. Broadbent, Jr. both studied in Oxford at the RAI and received a Master of Studies in Modern History. The prize reflects Professor Carwardine’s outstanding contribution to the study of U.S. history and the Broadbent Family’s gratitude to him as a teacher and scholar. The Rothermere American Institute would like to record its gratitude to the Broadbent Family for its generosity in establishing the prize.